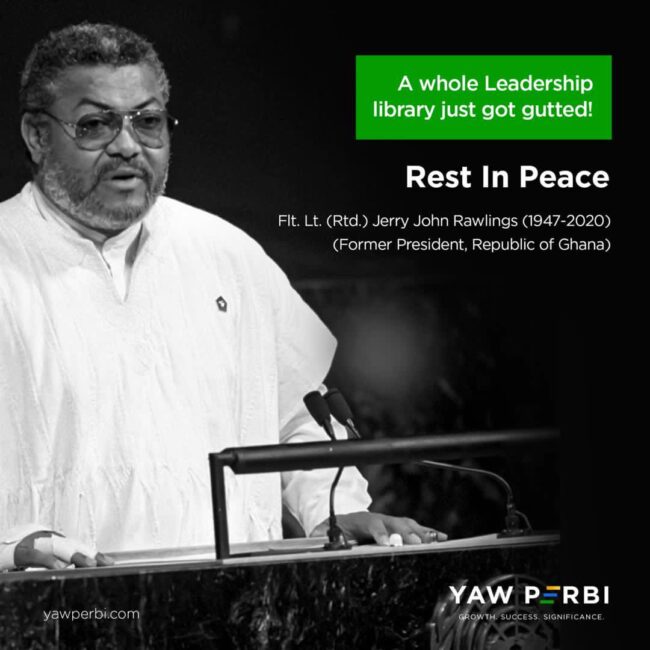 While I hope Ghana’s former president Jerry John Rawlings does Rest In Peace, his passing has evoked many memories and a slew of strong sentiments–the good, the bad and the ugly. My father was Chief Accountant of the Social Security Bank at the time of J.J.’s ‘revolution.’ I have often touted my dad’s integrity. Here’s one of his recent reflections on how his integrity and God’s grace saved his skin during the days of the ‘revolution’, quite literally. After the apparent unfinished business in 1979, JJ came back onto the public scene by ousting President Hilla Limann on 31st December, 1981. The mindset was people were corrupt; more corrupt than the public acknowledged, and far more widespread.

Soldiers entered our premises where we were staying, at a place called Pig Farm, in Accra. Word must have gone somewhere that our landlady Mame Boatema was hoarding cloth. Her trade was selling cloth at Makola, and there was a concept called “ hoarding”: some sellers used to keep some of the items for sale away from public view, partly in order to create shortages and hence sell what they had at higher prices, and partly, on a much lower scale, in order to pass them on to their favorite patrons and customers.  It did not matter whether the things in your possession were legitimately acquired by you or not; if  the quantity constituted more than a certain perceived number, you were branded as hoarding, and you suffered consequences. Consequences; various consequences, from outright seizure of the items, to sometimes seizure plus beatings.

On this evening, we had closed from the office and were home when all of a sudden soldiers entered our house. We were then occupying the lower floor of a two-storey building, Mame Boatema the wife of the landlord occupying the top floor.  Apparently the soldiers had climbed up, done their search, found nothing and upon descending opened our front door without knocking and entered. Ma gave them a questioning look; I signaled to her to keep calm. They went to every room, found nothing of what they suspected, and left.

When they left, Mame Boatema went to the entrance of the house and shouted to all who were in hearing range, and somehow addressed to neighbours across the road whom she suspected may have sent false information to the soldiers that she was hoarding cloth, how disgraceful they had turned out to be, seeing that nothing untoward was found in the search.

That was just one domestic scenario. There were several in several places, many receiving beatings etc. Soldiers were all over the place, with an agenda they only knew, but mainly looking for “ enemies of the revolution”: namely people who were profiteering.

I was then chief accountant of the Bank ( SSB), one of the departments under my purview being the Stores. SSB was a very popular bank those days. It had been set up by the late Dr Appiah as a subsidiary of the national pension institution SSNIT, and was intended to help fill some identified gaps in the banking industry. Its department called Consumer Credit Department specifically set up to offer workers loans to buy consumables – fridges, freezers, cookers etc- was very popular with workers. The inflation in the country was not only in double digits but also the changes were so rapid that workers were no longer able to source loans easily to buy their needs. Members of staff felt very much appreciated by members of the public- and apparently also envied and hated by some – notably those who could not access the credit for one reason or the other.

Another aspect of SSB’s uniqueness was its opening of cocoa branches. These were new branches at cocoa farming and buying centres to assist cocoa farmers offer their cocoa sales receipts to the Bank for cash/credit. Prior to this, hard-working cocoa farmers after harvesting and selling their cocoa would only be given sales receipts which they had to hang on for very long periods of time and at the mercy of the traditional banks which were not many to start with, nor operating in thick rural areas. This made the Bank also very much appreciated by cocoa farmers.

In addition to this, warehousing finance whereby importers of goods, usually consumables, could access funds from the Bank usually to finance customs and clearing charges of imports by depositing the products in the Bank’s warehouse and have them released in bits based on how they were selling the items and paying the credit in installments was a very welcome initiative in banking.

The Bank’s warehouse was located at the North Industrial Area in Accra, while the Head Office where my office was was at Kokomlemle. On this occasion, I was told that soldiers had gone to the Warehouse and beaten one of the storekeepers.  I wondered why, but almost immediately added “ If he did not do anything wrong, would they beat him?  Maybe they asked to open the gates for them to see what was inside and he refused.”  Little did I know that I was soon to eat back my own words later that night: being beaten before being heard.

People mingled around the frontage of the Bank wondering what was going on; it was near closing time, and I had also closed and joined the rest of the staff in wonder.  Before long a military vehicle Pinz Gauer pulled up and with a couple of soldiers and policemen at the back drove up to the front of the Bank. While we were all at a loss as to what was up, I noticed I was pointed out and signaled to approach the vehicle. A soldier asked whether I would be able to answer some questions on the items in the warehouse and I confidently said “Yes.”  I was asked to climb into the vehicle.

It was obvious it was most probable I was not going to drive home myself in my car that evening so I gave my car keys to one of the staff  I identified and climbed in. We drove off, not knowing where they were taking me. We first went to a base near 37 Military Hospital, sat in the vehicle, wondering what was next. After a long time, and with dusk well settled and darkness in the atmosphere, we drove on, me little knowing where the destination was.

While going, some of the soldiers and policemen were exposed their beef as they expressed their disappointment with not being able to get some of the consumer items when they applied. I kept quiet, not being the manager in charge of that credit, but also being very much aware that no amount of defence would assuage their bitterness and anger.

Soon we were to turn into Burma Camp, and deeper into what I later got to know was Gondar Barracks.  “Meat come! meat come!” were shouts that greeted us from soldiers at the camp, and apparently a couple or so other Pinz Guarers already parked ahead of us.  “Meat,” as in reference to people who had been sent to the barracks who would be beaten. The prospect of beating civilians was being likened to enjoying some beef or similar juicy meat. I saw soldiers lifting their boots into the bodies of people, including their groins and any other part of the body they could reach with their legs.

An officer seated at a table asked of my designation . When I told him, it turned out that I was not one they were looking for. They asked me to go back to sit in the vehicle to be driven back. While waiting in the vehicle, some of the soldiers who had become somewhat apologetic said some people had even lost their lives so … apparently to console me that my fate could have been worse.  When we departed to be sent to 37 area to find our way home, I opted to get off as soon as we exited the Burma Camp, and fortunately found a taxi that took me home to Pig Farm. Those were days of curfew: no one was expected to be on the streets from  6 pm to 6 am, later to be adjusted to 9 pm to 6 am.

A member of my staff Aggrey Fynn, himself a retired naval officer who was Stores Manager had also been sent to the barracks. I could only pray as to how he was going to be treated. Nursing pains in the cheeks the next few days and a red eye seemed a small price to pay for what was in store for the country, unknown to many, including even those who appeared to be “ in charge.”

Bank forgeries three years later and how some civilians were shot to death and my escape from it is another story altogether. 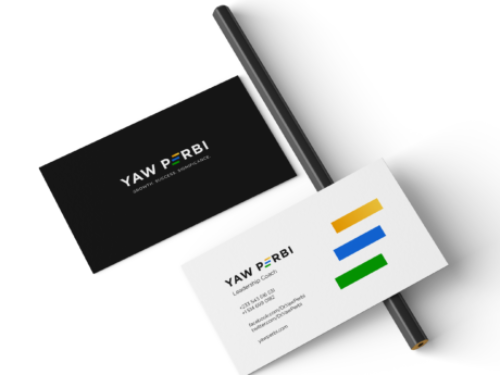 I’m Serving Up: Here’s How. 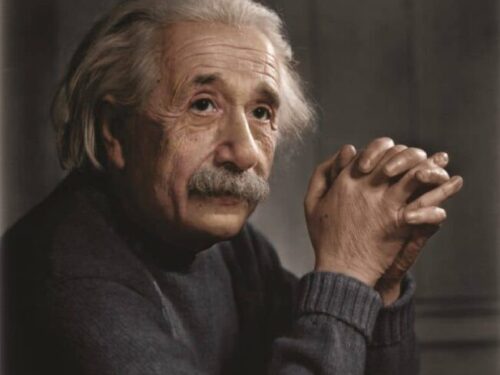 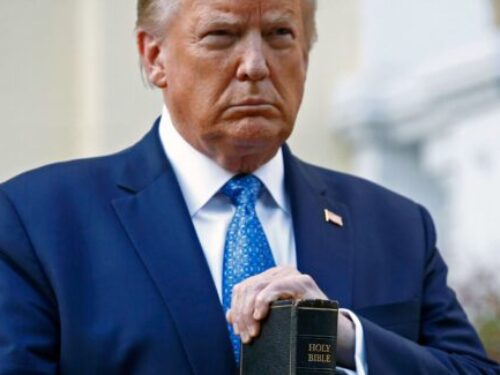