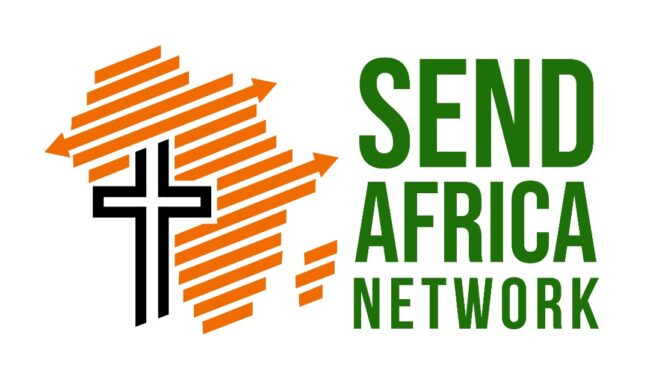 There is no talk of Black History without faith, especially the Christian faith. PBS recently released a fascinating Henry Louis Gates Jr. documentary on the Black Church. What some dubious people tried to oppress and suppress black people with became the very thing that liberated us and is now giving us a global leading edge. 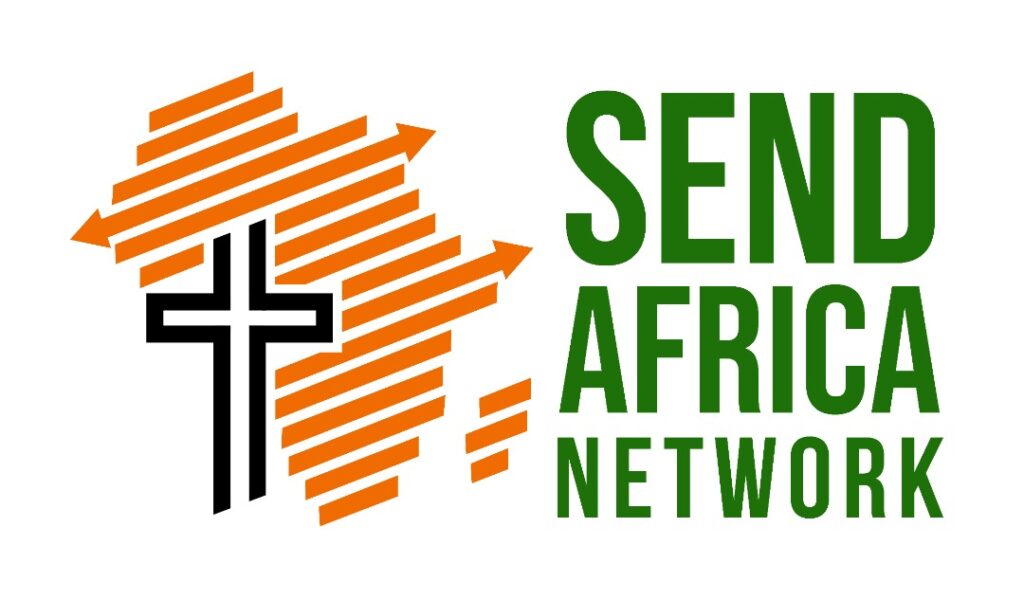 Africa is the most Christian continent in the world today. The year 2018 was the first in history where there were more Christians in Africa than on any other continent in the entire world! (Johnson 2018) THIS IS A BIG DEAL!—this is a one-thousand year record held by Europe that has been broken by Africa in our lifetime. That makes me super excited about Black History Month this year because history is being made right now. As you read this, a number of continental Africans and those of African descent in the diaspora have synergized to birth a new network known as Send Africa to promote further faith formation among ‘unreached people groups’ around the world.

At the formal launch of this Send Africa Network online on February 24-25 during this 2021 Black History Month, my Kenyan friend, Sam Ngugi, and I will be launching a ground-breaking book entitled Africa to the Rest to celebrate this huge feat of Africa becoming a leading global force of faith to the rest of the world. This book is to “celebrate this momentous occasion in world history that has been inadequately highlighted by mainstream missions and missions. It traces some of God’s goodness to Africa in the Bible and throughout history until now to make clear that Africa and Africans have been central to God’s missional purposes; not an afterthought.” You may register for the Send Africa Summit here.

Of course Africa features in the Bible from start to finish. There were actually two black guys (among the five) that played hands on the apostle Paul and commissioned him on his missionary journeys (Acts 13). Africa is the cradle of monasteries and ecumenicsm. The term Trinity came from Tertullian the Tunisian. St. Augustine was from Algeria, and not a European as we were made to believe growing up in Africa.

As Sam and I state in our book, “People consider Christianity as the white man’s religion to oppress the African due to the last 500 years of Euro-American missionary activity mixed with colonialism without realizing that the first 500 years A.D., Africa was so synonymous with Christianity that one of the most common terms for Christians in Arabic sources is afariqa–indicating a significant degree to which “Christian” and “African” were synonymous concepts (Merrills 2004, 303).”

In fact, the subtitle of our book is “from mission field to mission force (again)“ because Africa(ns) as a mission force first impacted Europe with the Gospel! That notion that Africa first evangelized Europe is the essence of Thomas Oden’s book titled How Africa Shaped the European Mind.  “My core hypothesis,” Oden himself says, “is that much intellectual history flowed south to north: from Mumidia to Sicily to France and Italy. It flowed from the Nile to the Euphrates and the Danube. It flowed from Pelusium to Gaza to Cappadocia. …There is ample evidence available that the seeds of African orthodoxy have been lifted by high winds to distant northern climes. Only much later have they returned to Africa in a Western guise.”

Only a century ago, at a world missionary conference in Edinburgh, not only was there no continental African there as a delegate, we were described as “heathen” in need of being saved. Today there are more Anglicans in Kenya than in England. At the time, the continent had 9 million Christians while Europe was home to 406 million. Today, Africa has over 630 million Christians, a clear 30 million more than Latin America in second place with Europe in third place with 571 million Christians. And it’s not a nine-day wonder, for by 2050 (Deo volente), there will likely be more Christians in Africa (1.25 billion) than in the next two continents combined! (Johnson 2018) 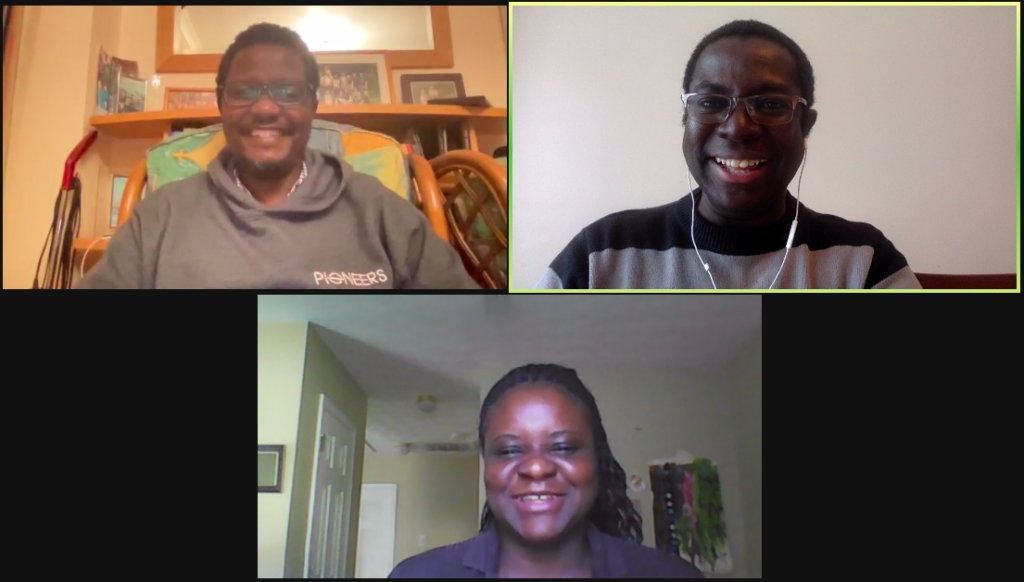 The all black ‘Africa to the Rest’ team of two writers and an editor on a Zoom call from Canada, the USA and England

It is good to know that Africa leads the world in something. There are churches that began in Africa and are in 198 countries now. The largest congregations in Europe are pastored by Africans, like Sunday Adelaja’s in Kieve, Ukraine. The most multinational congregation in the world—108 nationalities—was founded by and pastored by my good friend and mentor in Vancouver, Canada, Dr. Sam Owusu. I could give you a list of about 10 global mission organizations–including the Navigators, SIM, Langham Partners and SIL–currently led by Africans!

Why is all this important? For many reasons but three will suffice for now. First, black people have been part and parcel, even central, to the purpose and mission of God unlike others have tried to make us think. We are equally made in the image and likeness of God as anyone else. We ought to rejoice and while not bragging about ourselves, ‘make our boast in the LORD.’

Secondly, the Christian faith is authentically African.  As one scholar put it, Christianity is a beggar looking for clothes in whatever culture it goes into. The fact that it was captured by Europeans and Americans and tailored as a tool of oppression of blacks in slavery, colonialism etc. is simply not right (not the authentic Christian faith) and doesn’t make the faith the preserve of the white man either.

Finally, the business world and other sectors in Africa that are trying to make a mark on the world stage could learn a thing or two from the African Church that leads the world in faith today, hands down.

THE FUTURE HAS COME

I come from a long and rich family history of black (hi)story tellers. My grandfather was an emeritus professor of ethnomusicology and my mother is a professor of history with a specialization in the slave trade. I feel privileged to take my turn to tell stories of African leadership, and in this particular case, leadership in faith, church and missiology.

The assassinated Congolese nationalist leader, luminary and first Prime Minister of the Democratic Republic of Congo, Patrice Lumumba, must be smiling in his grave that the day he prophesied is here: “The day will come when history will speak. But it will not be the history which will be taught in Brussels, Paris, Washington or the United Nations… Africa will write its own history and in both north and south it will be a history of glory and dignity.”  The day has come!

For those of no faith and saying to themselves “who cares if Africa is the most Christian continent?” because we’re yet to see it tell on our socioeconomic indicators or the millennium development goals, just you wait. Works soon follow faith. Unless it’s not true faith; because faith without works is dead.

December 31, 2022
PrevPreviousBlack History Month | Why the Protests of 2020 Had a Sense Déjà Vu About Them
NextI Used Not To Like Reading. Two Statements Changed Everything.Next