Nigeria is Too Important to Fail 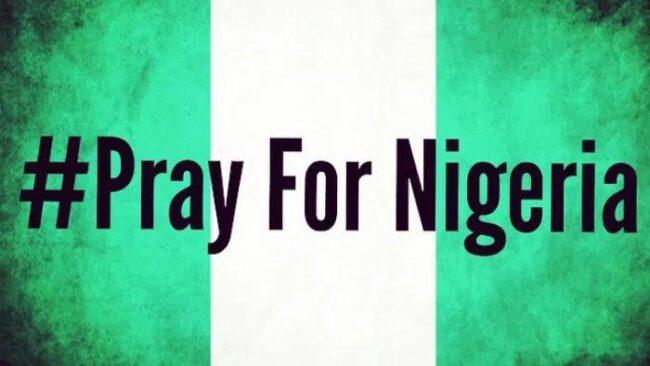 What a year for Black folk! From police brutality in the United States of America (USA) to same in the western region of Africa, White on Black, Black on Black, what a year! One would think that having commemorated 2019 as 400 years after the first Black slaves set foot in what is now the USA the news wouldn’t smell of Black beatings and lynchings and treatment as less than human any longer but here we are. In this season we’ve had the luxury of both time (thanks to COVID-19) and technology to etch these news clips into our consciences and reveal to us not only where we stand but even more deeply, who we are.

On the last day of this year’s Africa Impact Forum (February 26-29) for fellows of the Africa Leadership Initiative, a part of the Aspen Global Leaders Network, my heart was really stirred by Olara Ottunu, Ugandan diplomat, lawyer and politician. He was Uganda’s Permanent Representative to the United Nations from 1980 to 1985 and was the United Nations Under-Secretary-General and Special Representative for Children and Armed Conflict from 1997 to 2005. Olara Ottunu minced no words in the final plenary that there can be no African prosperity without Nigeria and the Democratic Republic of Congo doing well. These ‘big boys’ are the most populous Anglophone and Francophone nations on the 55-state continent of Africa. I have since not looked at Nigeria the same way. Nigeria is too important to fail.

If Black Lives Matter, then the most populous Black country on earth matters immensely. Altogether the over 200 million Nigerian people of 300 tribes matter; individually, each person matters. And by the way, Nigeria will overtake the United States to become the third-most populous country in the world by 2050, surpassing the 300 million people mark, according to a United Nations report. The current seventh most populous country in the world is not only rich in people but also oil and other natural resources. This goes without saying.

Boasting of one of the most vast African Diaspora populations in the world, I have personally had the pleasure of forging deep friendships with Nigerians at medical school in Ghana and as president of International Students Ministries Canada today, delight to see them shine among the top 10 sending countries of international students to Canada. If Africa is the most numerically Christian continent in the world today, it is significantly in part due to Nigeria’s over 90 million strong Christian population.

When Africa’s largest market of 200 million people (twice the size of Ethiopia’s 110 million or Egypt’s 102 million) surpassed South Africa to become the continent’s largest economy as well last year, the business experts had to admit, “Now It’s Too Big for Businesses to Ignore.” Why do you think the United States and United Kingdom have over $55 billion in foreign direct investments in Nigeria, with the Chinese following close after France? Not to mention Italy, India, South Africa, Singapore and Switzerland. NIGERIA IS WORTH SAVING

When George Floyd was slowly slaughtered before the eyes of a watching world and protests erupted all over the United States and around the world, one of the most profound things I heard was that if Africa had upped her socio-economic game many African-Americans would’ve rather returned ‘home’ than suffer such indignity in the U.S. Even then for some, freedom and dignity matter more than economics, so have responded to overtures from governments like Ghana’s to ‘come home.’ “We want to remind our kin over there that there is a place you can escape to,” said Akwasi Agyeman, chief executive of the Ghana Tourism Authority. “That is Africa.” Now, if I may ask, what is the sense in Blacks escaping police brutality in America, crossing the expansive Atlantic, only to come ‘home’ to the same police brutality, Black on Black?

I am very proud of the display of Youth Power! that has called for #EndSARS and indeed has succeeded in the dissolution (on 11th October, 2020) of the Special Anti-Robbery Squad (SARS) of the Nigeria police which has meted out unspeakable crimes against the citizens of Nigeria. Now some protests are deteriorating into rioting while law enforcement is metamorphosing into death squads firing live ammunition into crowds. As Global CEO of The HuD Group, with HuD Nigeria as one of our strong networks, we demand that elected officials as well as the teeming youth be response-able (responsible) and remember that they hold the dignity and prosperity of the entire Black race in their hands.

All nations matter but not all nations are equally strategic. You would think some of the reasons given above why Nigeria is too important to fail are rather carnal but once upon a time when God Himself wanted to save a certain nation from destruction His reason for sending them a prophet to save them from themselves was pretty intriguing: “And should not I pity Nineveh, that great city, in which there are more than 120,000 persons who do not know their right hand from their left, and also much cattle?” (Jonah 4:11) The numbers of humans matter, the natural resources matter. Nigeria is too big and too important to fail. #PRAY FOR NIGERIA!