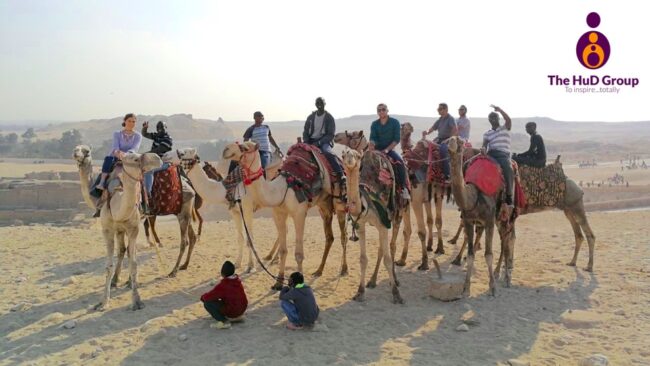 When I was younger I was in a hurry to influence my world in two powerful ways: build leaders and create wealth. I’ve been working on both for the last two decades but now I’m going back to go forward. Here’s why. First, leaders. WHO WE ARE FIRST

The year was 2003. I was still in medical school, in Accra, Ghana. After I cast vision to a group of eight others that would eventually become The HuD Group and go global, we hit the ground running. With all our Youth Power!, we were in such haste to “inspire and empower young people to discover their God-given purpose and reach their full potential” that we jumped some steps. I was barely 25. Of course, helping people find purpose is exciting, especially for emerging leaders, and everyone wants to have a raison d’être.

A lot of water has gone under the bridge since those heady days at the dawn of this new millennium and the group has seen many successes, including expanding to two dozen countries on every inhabitable continent in the world!  Yet at the same time, we’ve also experienced once-promising trained leaders (in vision, mission, values, strategy and leadership skills) mess up big time because they weren’t self-aware first: of their life narrative, personality, temperament, history/heritage, genogram, values, core beliefs & worldview,  emotions (moods, passions etc.), shadows (‘false self’), giftedness, strengths & weaknesses, biases & blindspots, leadership & communication styles, preferences, motivations (extrinsic and intrinsic), habits & tendencies, limits/boundaries, their physicality etc. If you think this is a long list, you’re right. There is a lot of self-awareness, self compassion, self acceptance and self self to be done to not just self actualize but to lead others in a meaningful way.

A FRIEND TO THE RESCUE My friend Carson Pue and I live on opposite sides of the second largest country on earth (Canada) but one thing often brings us together, in-person or online: leader development. When I came across his ‘Mentorship Matrix’ (diagram above) in his book Mentoring Leaders, I clearly saw pictorially where and how we had tripped. We were in a hurry to get to Step #3 (visioneering/discovering purpose) and hadn’t been spending enough time in Step #1 (self-discovery). And for Pue, as a faith-based leadership trainer, Step #1 consists of double knowledge of both self-discovery and God discovery. There actually is a lot that has been said and written on how we cannot know ourselves without knowing God (the creator in whose image we’ve been made) and vice versa. See here for more.

If we had spent enough time delving into what should be first and core, it would naturally reveal what should happen in Step #2, the emotional and other needs that need to be then satisfied (and how), as well as things one needs to be set free from before attempting to reach forward with discovering purpose and running with it.

I am not alone in this discovery. Increasingly in leadership development world there is this growing area addressing the psychodynamics of leadership, as we are more and more finding the best Ivy-league trained leaders in the top Fortune 500 spaces in the world doing really stupid stuff out of the blue! No one is above Steps #1 & 2. And if we don’t make the time to dig out and cement those foundations well, we are bound to produce shooting stars and not sustainable leadership for the long haul.

GOING BACK TO GO FORWARD

Now we’re back on the drawing board and relaying foundations to ensure that we start right and end well, beginning from the core of self-awareness and the dealing with anything that will entangle, choke or derail the leadership course further down the road. In my Twi language from Ghana there is a word and concept known as “Sankofa.” It literally translates as “go back and get it” and is symbolized by either a stylized heart shape or by a bird with its head turned backwards while its feet face forward carrying a precious egg in its mouth. My leadership development legs may have false-started from Step #3 with fleet feet facing forward but now my neck is turned with my head reaching back to Steps #1 and #2 to pick up that which was vital but I left behind. My ancestral language has a saying, that when you go back to pick up something valuable that you inadvertently left behind, it is no wrong, and well within reason and one’s rights. That is one of two things I build differently now.

December 31, 2022
PrevPreviousAll these politicians are falling over themselves just to SERVE us?
NextGet Unstuck! & Grow Like Crazy! | ‘The 15 Invaluable Laws of Growth’ MastermindNext