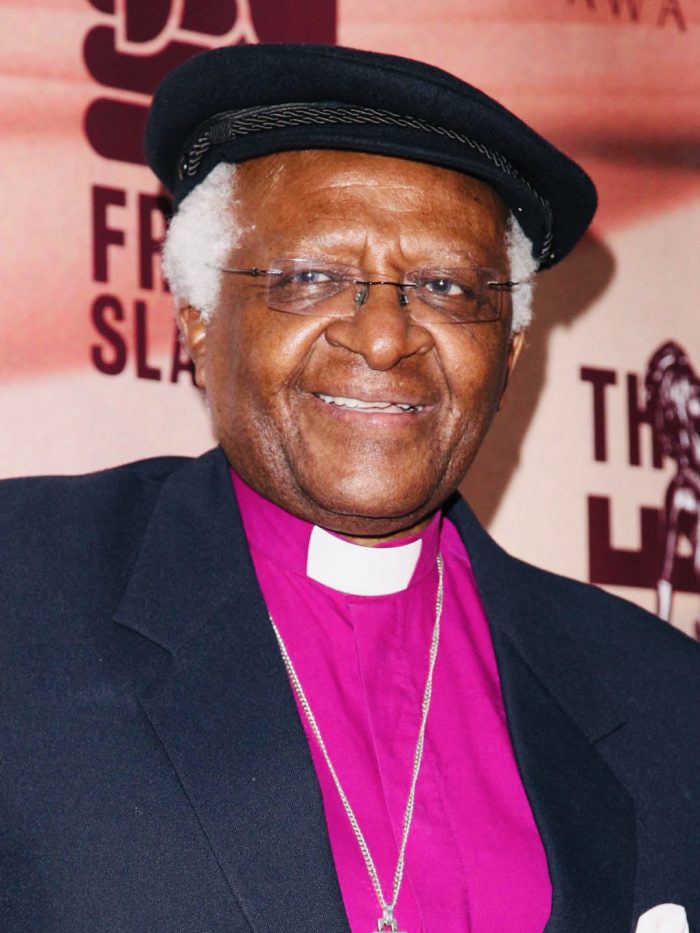 The beloved late Desmond Tutu (photo: Yaw Perbi does not own the rights to the picture and owner is unknown).

I was emailed this incredible tribute by a mentor of mine in the Lausanne Movement, Dr. Michael Cassidy, to his late friend Archbishop Desmond Tutu, that I just had to share as a student of leadership. What impresses you most? May many Cassidies and Tutus be raised in our generation!

Archbishop Desmond Tutu, one of South Africa’s greatest ever luminaries, both ecclesiastical & national, has gone to be with His Lord. People from every race, sector & background will mourn his passing, because he was a man for all who stood without fear or favour for the human rights of all.

Perhaps it is as an almost unequalled African champion for human rights that he will be most fondly & universally remembered. And it was for this that he justly became a Nobel Laureate.

In South Africa his immensely courageous fight against Apartheid earned him the fearsome opprobrium of the National Party Government, the settled hostility of most whites, but the thankful adoration of all people of colour, as well as more liberal whites. In fact, from the church, his voice during those dread years, was by far the most audible, & his persona by far the most visible. This audibility & visibility constituted a true achievement of note & contributed powerfully to the final fall of Apartheid.

As far as we were concerned in African Enterprise, Desmond was a friend to our work & contributed powerfully to conferences we organized or helped organize such as SACLA (South African Christian Leadership Assembly), the NIR (National Initiative for Reconciliation), & The Rustenburg Conference which represented the whole church spectrum & spoke to the whole range of political leadership from far left to far right.

At a personal level I also counted Desmond a good friend. He commended numbers of my books, including my recent Memoirs, & wrote the Foreword to my book The Politics of Love. We also shared in significant ministry together in African Enterprise’s city-wide mission to Kigali, Rwanda, a year after the genocide. That was very moving. I especially remember ministering with him in terrifying cells of pitifully jammed together prisoners. And then being with him as he collapsed in tears in one church filled with skeletal remains of murdered victims. There I saw his profound compassion poured out. Even as we tried to hold him up. Such shared moments one can never forget, culminating in our sharing the evangelistic preaching to a packed stadium in our final service.
And all this Desmond could do in spite of the fact that we had strong theological differences on certain issues such as Universalism & Gay Marriage. But he never allowed those to damage our friendship. And neither did I.

Thankfully in our recently produced documentary, The Threatened Miracle of South Africa’s Democracy, Desmond features strongly, both during the Apartheid years, but even afterwards when he severely scolded the ANC of Zuma’s time saying, “I’m warning you; I’m WARNING you; you are a disgrace!” No one else had that truly prophetic courage, credibility & ability to speak to all sides, all the time, AND be heard!

Yes, we will miss him… “the Arch”, as he was affectionately known, even by the media. But his legacy of prophetic witness will live on wherever South Africa’s story is told, & wherever racial justice & the Human Rights struggle are in purview.

To his dear, always supportive wife Leah, to his family, to his ministry colleagues, especially in the Anglican Church, we in African Enterprise world-wide extend our deepest sympathies, & assurances of heart-felt prayers at this time.

Dear Desmond — Beloved Arch — thank you for blessing us with your life. Au revoir. We will see you in the Morning.

December 20, 2022
PrevPreviousWhoever Takes the Son Gets It All
NextTHE PRESENCE ~ Part 2 (of 3)Next