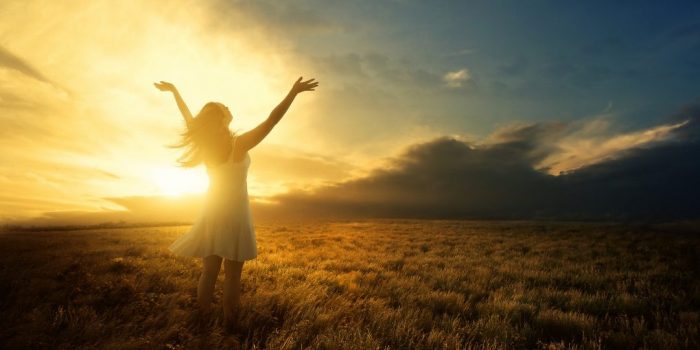 All you need is in THE PRESENCE. (Photo credit: Northstar Church)

17When Pharaoh let the people go, God did not lead them on the road through the Philistine country, though that was shorter. For God said, “If they face war, they might change their minds and return to Egypt.” 18So God led the people around by the desert road toward the Red Sea. The Israelites went up out of Egypt ready for battle. … 20After leaving Sukkoth they camped at Etham on the edge of the desert. 21By day the Lord went ahead of them in a pillar of cloud to guide them on their way and by night in a pillar of fire to give them light, so that they could travel by day or night. 22Neither the pillar of cloud by day nor the pillar of fire by night left its place in front of the people. (Exodus 13)

THE PRESENCE FROM EGYPT

God will not necessarily lead you through the shortest routes in 2022 but the best routes, according to His good, pleasing and perfect will. God was Israel’s captain as they exited Egypt to possess the Promised Land. A captain is a commanding officer of a ship, someone in command or a leader of a group (like a football team). This captainship is clearly captured in phrases like “God did not lead them…” (v. 17); “So God led the people…” (v. 18); “By day the LORD went ahead of them… to guide them” (v. 21); “…in front of the people” (v. 22).

And they were many, an estimated 2 million of them! It is no wonder they are described as a host (like stars or a vast army). A host is “a multitude or great number of persons or things.” God was the General, Guard & GPS of this ginormous group, host!

THE PRESENCE IN ENGLAND

It is this amazing story in Exodus 13 that captured the imagination of Charles Wesley (1707-1777), the brother of the founder of Methodism (John Wesley) to pen those words in 1762 (the original words are in bold, my brief commentary is in italics):

Captain of Israel’s host, and Guide
Of all who seek the land above,

He can be the General of those of us exiting 2021 and wanting to enter the Promised Land called 2022. For he is the same yesterday, today and forever.

Beneath Thy shadow we abide,
The cloud of Thy protecting love;

The shadow, cloud, pillar of fire—these are all metaphors of THE PRESENCE.

Will you abide (John 15) in THE PRESENCE for intimacy (love), protection, provision, piloting (guidance), production (fruitfulness)…

Our strength, Thy grace, our rule, Thy Word;

Jesus Himself says, “my grace is sufficient for you for my power is made perfect in your weakness in 2022” (2 Corinthians 12:9).

What laws or constitution or playbook will you live by in 2022? How about the Basic Information Before Leaving Earth (Bible), which itself is already saturated with THE PRESENCE?

Our end, the glory of the Lord.

Is God’s glory the purpose and end goal of your life or your own idea of what is cool and successful? God’s own glory is God’s mission!

It is no greatness if it brings God no glory!

A WORD ABOUT GOD’S GLORY IN UNEXPECTED PLACES & WAYS

God’s glory can show up in ways and places that are strange to the human mind. Think about it: one day in John 9, “As [Jesus] went along, he saw a man blind from birth. 2 His disciples asked him, “Rabbi, who sinned, this man or his parents, that he was born blind?” 3 “Neither this man nor his parents sinned,” said Jesus, “but this happened so that the works of God [or the glory of God] might be displayed in him.” But blindness?!

How about when Jesus says to Peter (John 21), “Very truly I tell you [Jesus says to Peter], when you were younger you dressed yourself and went where you wanted; but when you are old you will stretch out your hands, and someone else will dress you and lead you where you do not want to go.” Jesus said this to indicate the kind of death by which Peter would glorify God. Then he said to him, “Follow me!” A death that glorifies God? Come on! JUST FOLLOW THE PRESENCE.

THE PRESENCE is powerful; even in the valley of the shadow of death, according to twenty-third Psalm, I fear no evil for you are with me (THE PRESENCE). In Genesis 39, “…while Joseph was there in the prison, 21the Lord was with him; he showed him kindness and granted him favor in the eyes of the prison warden. 22So the warden put Joseph in charge of all those held in the prison, and he was made responsible for all that was done there. 23The warden paid no attention to anything under Joseph’s care, because the Lord was with Joseph and gave him success in whatever he did.” THE PRESENCE in prison; glory through prison. Unstoppable God; unboundable PRESENCE!

We’re told in the ninth chapter of the book of Numbers that:

By Thine unerring Spirit led,
We shall not in the desert stray

THE PRESENCE makes no mistakes—He is the omniscient (all-knowing) One to steer us aright from missing our way yet if we sin and stubbornly deviate He also is the gracious omniponent (all-powerful) One to, like a GPD does, re-route us, even if it takes 40 years in the wilderness! Re-calculating… Re-calculating…

Just move when God moves; stop when He does; stay when he stays.

We shall not full direction need

It was reprinted in A Collection of Hymns for the Use of the People called Methodists (1780), where John Wesley altered this line 3 of verse 2 from, ‘The light of man’s direction need’ to ‘We shall not full direction need’.

Nor miss our providential way;

Just as He gives us our daily bread, let us look to Him for daily direction. There is no grace for tomorrow; only today. We don’t need the full direction! Sometimes we don’t even need direction in our heads or hearts; he just orders our steps, like Simeon!

As far from danger as from fear,
While Love, almighty Love, is near.

Hallelujah! Finally, in Part 3, we’ll end with Moses’ craving of THE PRESENCE and why we should too–abiding angels and promised properties, even flowing milk and honey, just won’t do. I share five practical tips on maximizing THE PRESENCE.

December 20, 2022
PrevPreviousFrom One Legendary Leader in the Evening to Another One in the Morning–a Tribute to Archbishop Desmond Tutu
NextTHE PRESENCE ~ Part 3 (of 3)Next