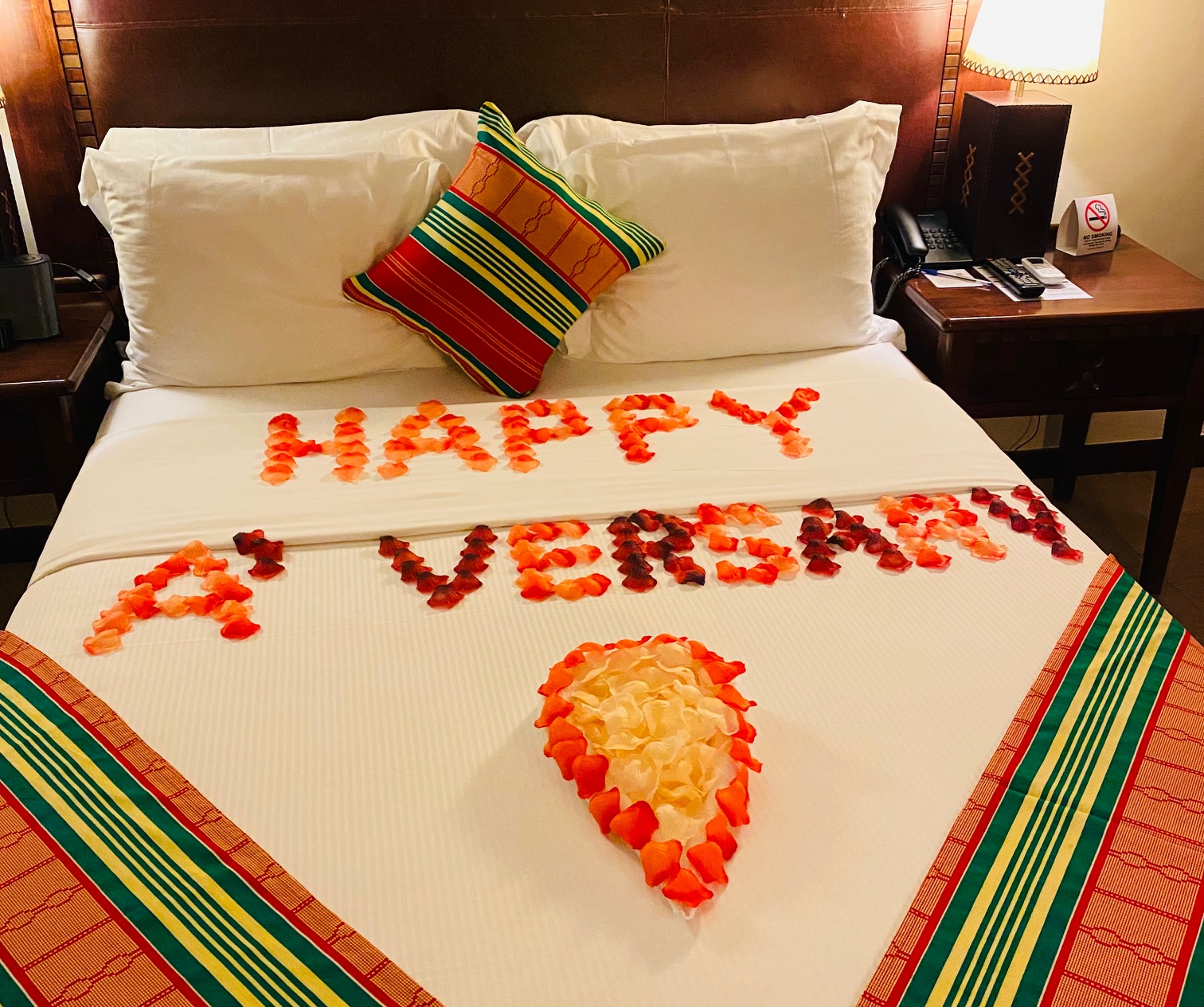 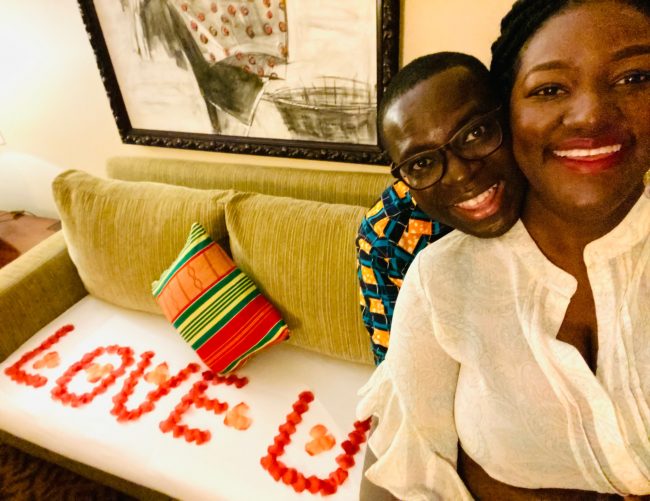 15th anniversary chilling at the African Regency Hotel, thanks to ‘friends in high places.’ Anyele was totally stunned by the decor 🙂

First of all, my wife (Anyele) and I  humbly acknowledge that “15 years is nothing” compared to our parents’ (both sets) over 40 years of marriage and the 70 years some awesome couples we’ve come across have done! Wow! That’s incredible!  Yet at the same time “15 years is something” considering that we’ve also come across marriages that were done, finished, caput, in months.  In our short 15 years we’ve seen so many do shorter than five years, let alone 10.  Fifteen?  We’ve tried.  We’ve even been used by God to salvage some marriages but have also heartbreakingly seen others dashed right before our eyes despite our efforts.

Secondly, I’m very wary of ‘3 secrets,’ ‘7 keys,’ ’10 ways,’ ’12 steps’ and what have you.  So why am I sharing ‘3 Secrets to Lasting 15 Years in Marriage’?  Well, Anyele and I just clocked 15 years on August 12, 2021.  For us, the bottomline is God’s grace–and right from the start Prof. Kwaku Osam of Legon Interdenominational Church had told us during our pre-marital counselling sessions that “there is a grace for marriage” and we claimed it–in good measure.  Maybe it’s true after all, but the thing about grace is that it works; and it has to be worked.  Allow me to share three means of that grace for marriage that have made us largely survive (and even thrive in certain specific areas).  No, I wouldn’t saddle you with ’15 lessons I have learned in 15 years of marriage’ so be grateful for just three (Lol!).

When we clocked 10 years the main thrust of our marriage lessons thus far was that marriage is the greatest character-forming school ever–even more than med. school.  I’ve been to both marriage school and medical school so trust me, I know what I’m talking about!  We called it the #1 Marriage Lesson That Nobody Talks About Much.  That blog really seemed to resonate with the 50,000 or so it reached within weeks, thanks to social media, and was reproduced on some prominent news agency websites.  It made me realize I shouldn’t play down on these key lessons, no matter how few and unwow, no matter how seemingly insignificant, no matter how humble they may be. You might scorn them; they might be life-saving for someone else.

Between year 10 and year 15, we have seen many people get married. Sadly we’ve not only seen many separations first-hand, we’ve witnessed more finalized divorces than within our first 10 years–real people, not just statistics.  These three things I’m going to share have been a means of grace for us to do 15 years, especially the last five: Caring Counsellors, Close Cohorts, Cool Tools.

The most stupid thing I’ve done in marriage has been to not seek professional counselling till after year 10.  We certainly have never brought any marital issue to any of our parents–it’s a no, no for many reasons that warrant a whole blog.  I’ve come to realize, though, that there are certain issues that can never be well resolved between just the couple without a third wise party who is close enough (caring) yet far enough (outside the cleavage of man and wife) to be able to see clearly and share candidly.  The notion, or even culture, that suggests that seeking professional counselling means one is weak or sick is toxic, it kills.  Even if one were weak and sick, that’s fine too (everyone is at some point in our frail humanity and wretched world).  We have seen people reach out when it was too late to salvage a totally hitherto salvageable situation (in our opinion). 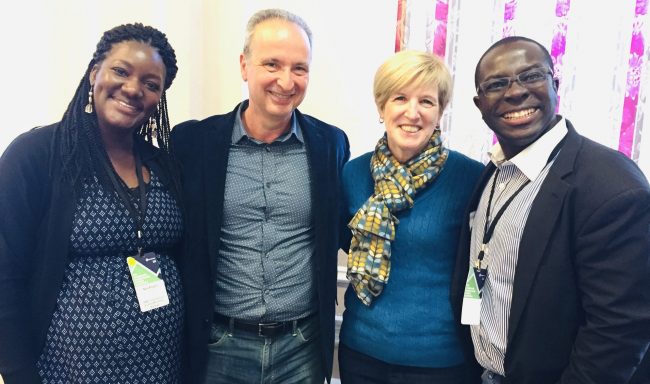 Whether it’s through our conversations, their conferences or media (from books to YouTube videos), we really want to thank God for giving us the benefit of having Pete & Geri Scazzero (see picture above), Gerry & Kathy Kraemer, Carsten & Linda Pellman and indeed Shepherd’s Heart Ministry.

Apart from the listening ear, emphatic heart and vulnerable sharing of these caring counsellors, the ‘cool tools’ we’ll be sharing shortly have largely been learnt from them. An underlying paradigm that has buoyed everything else has been the Scazzeros ramming into our heads and hearts to lead in ministry and the marketplace out of the strength of our marriage, not out of the stress/strain of it–or even the death of it.

Of every single one of the divorces I’ve witnessed at close range, the couple did not have clear, regular, serious mentoring relationships.  It’s worse when the man especially submits to no one on earth and is a law onto himself. Ha!

You think the things you’re going through are unique to you until you are vulnerable to share with a close community of others.  This must be a close community you can be vulnerable in because you are contemporaries (all in a similar stage in life), and are all truthful, honest and committed to the institution of marriage and the principles that make it work. 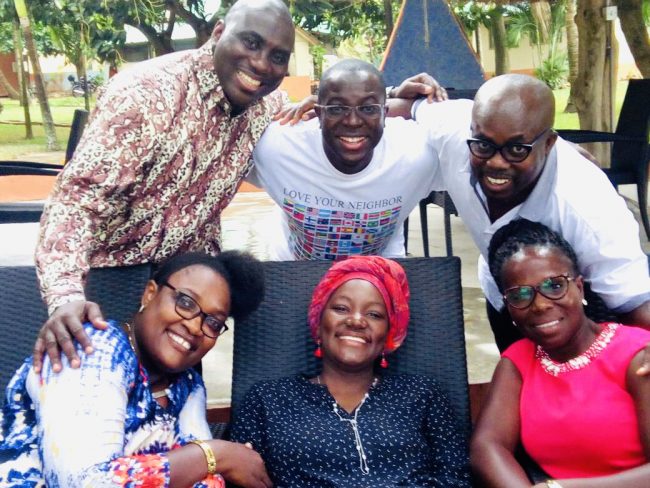 On WhatsApp, Anyele and I have labeled that close cohort, “inner circle.”  We inspire, encourage, teach, tease, correct, rebuke and hold each other accountable. On occasion we meet in person (see picture above).  God bless Nana Yaw & Beth Offei-Awuku, Victor & Esi Obeng, Amos & Evelyn Kevin Annan, and Franklin & Amma Eleblu. Franklin is my best friend, was my best man when we got married and soon after became my brother-in-law too!

One thing I like about Westerners is their propensity to develop tools to make life a little easier. The Physics I recall says a tool is something to make work easier, any work, but especially hard work. Marriage is work, hard work. How then do we dare think we can make it without tools? There are many marriages that shouldn’t have ended if only the two involved had some of these cool tools.

This year I decided to run Family Foundations Masterminds and share some of these tools like the Community Temperature Reading, 10/10, Genograming Your Family, Family Vision & Mission Statement, Mapping out Emotional Needs & Action Points etc.  Even in fighting, there is a tool to fight cleanly! The Kraemers, Scazzeros and Pellman’s, together with Shepherd’s Heart Ministries have blessed us with all these tools! People, we’ve got to invest time, attention and finances in our marriages to obtain and utilize such tools.

On this occasion of our 15th anniversary, it’s really a celebration of Ubuntu–we are because YOU are.  Anyele and Yaw will have no marriage but for the community of caring counsellors and close cohorts with cool tools.  We’ve not made it because we’re super smart, über skilled and have impeccable character.  No.  We feel overwhelmingly thankful for the cool tools and community of counsellors and cohorts–three secrets to lasting 15 years (and more) in marriage.

PS. You may find a seven-minute video of the essence of this article here.