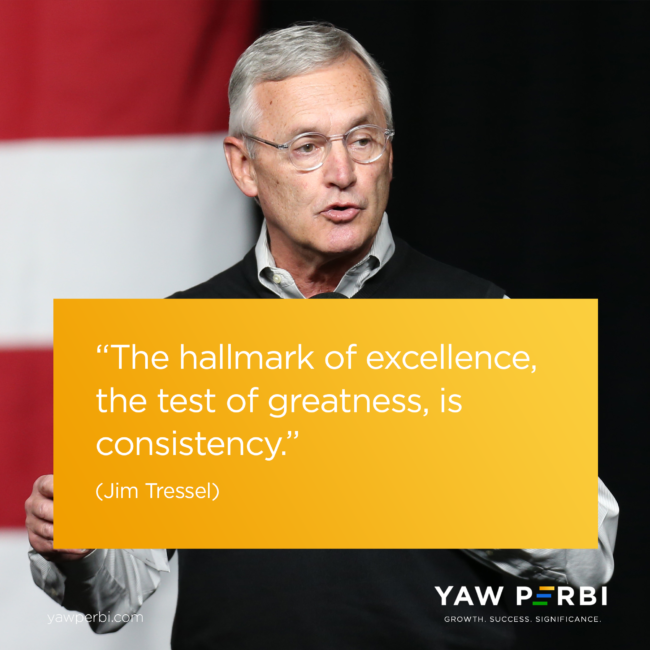 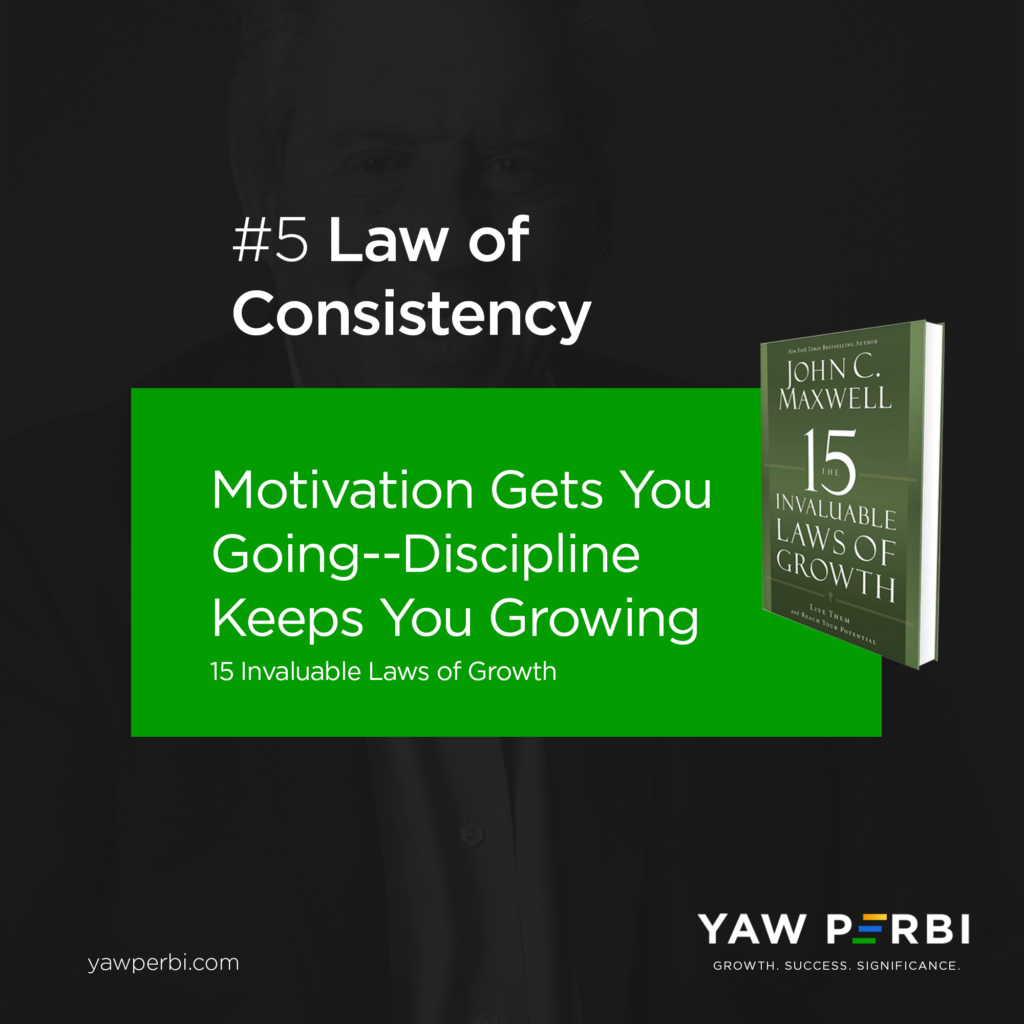 In my late teens when I was introduced to the whole area of personal growth and success I started practising a number of things successful people do without necessarily knowing why. One of them was that they always took their receipts upon purchases. That became an adopted habit for about 10 years before I really got to understand why (that will be for a different day and blog).

One other thing that really fascinated me was the notion that successful people are predictable, consistent; or if you like, plain boring.  This was not only in the sense of living a principle-centred life and holding unswervingly to their values but that they had fixed routines. You could literally ‘time them’ and ‘assassinate’ them because it was predictable where they would be, when, and what they would be doing literally every day of the week. That’s precisely what I mean by “successful people are boring.” Same. Same. Same. Same.

So I began to adopt strict routine in many areas of my life including consistently waking up at 4am to spend time in scripture and prayer, thinking, reading and writing. And I have done that consistently for over 25 years now. By the time the rest of the world wakes up and gets going, I would’ve had a 2-3 hour headstart and been über productive.

But now I understand why that consistency breeds success. This is in line with a number of fundamental, universal truths, three of which I would like to share here.

1. RIDING THE LAW OF CONSISTENCY

The Law of Consistency, which leads to growth and success states, “Motivation gets you going; discipline keeps you growing.”  Anyone who gets a spark of inspiration or motivation overcomes the law of inertia momentarily but really how long does it last? I heard someone complaining about how transient the umph one gets from motivational talks is.  A seasoned motivational speaker responded, rather tongue-in-cheek, “Of course! So are breakfast, lunch and supper!” Like meals, morsels of motivation also  need to be taken in reasonable doses several times a day (and in a week) to jumpstart us but what really keeps the wheel of success turning always is discipline.  Discipline is doing what we need to do even when we don’t feel like it. And that is the difference between those who succeed and those who don’t. E.M. Gray was spot on: “The successful person has the habit of doing the things that failures don’t like to do. The successful person doesn’t like to do them either, but his dislike is subordinated to the strength of his purpose.”

Disciple is hard; but what makes it more bearable is having a strong WHY, a strong end in mind. The other thing that makes it more doable is discovering your personality (eg. through the DISC behavioural assessment) and linking how you’re wired (what motivates you naturally) with the act you need/want to be consistent with. So for me, being a high D and loving to be in control, I’m greatly motivated to take charge of my morning knowing fully well that no one would be up to disturb me and I can get stuff I want to do done. You’ve got to a find a way, man, for success lies in our daily routine.

“We are what we repeatedly do. Excellence, then, is not an act, but a habit” is famously attributed to Aristotle. What he actually (originally) said was, “As it is not one swallow or a fine day that makes a spring, so it is not one day or a short time that makes a man blessed and happy.” The essence of both statements is the same. John  Maxwell pulls no punches here: “You will never change your life until you change something you do daily.” What are you like E-V-E-R-Y-D-A-Y; what do you do  E-V-E-R-Y-D-A-Y? 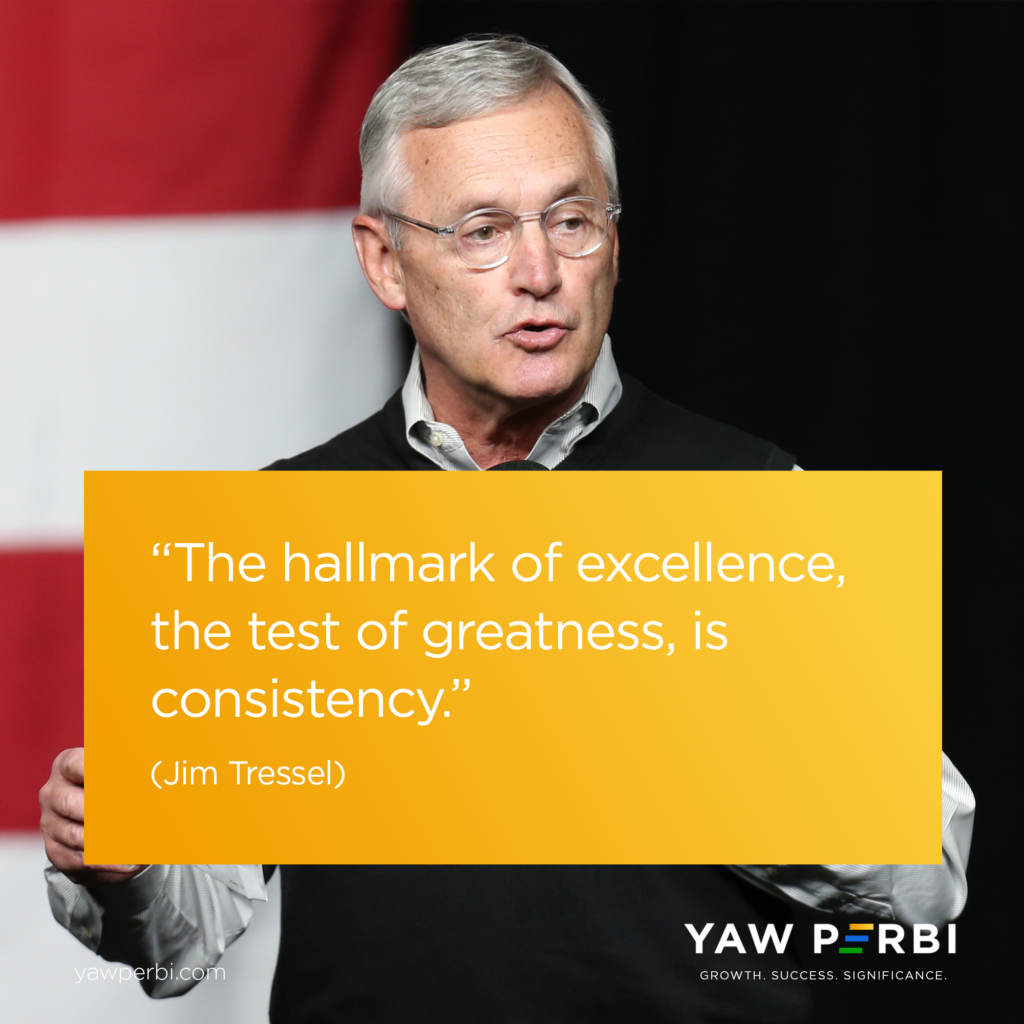 2. RIDING THE LAW OF MOMENTUM

People who are consistent with routine don’t waste precious time and energy figuring out every single day what to do with themselves. If you don’t have a menu, for example (my household does), you know by now how much time and energy can be consumed just by the question: what am I going to eat this afternoon? I have spent an hour on that useless exercise before!

Just like Newton’s first law of motion states, every object will remain at rest or in uniform motion in a straight line unless compelled to change its state by the action of an external force. What is true in Physics–and we tend to appreciate physical laws much more than the unseen laws of life–is the very thing that makes habits so powerful! “Once you pop, you can’t stop” says the Pringles advert. Success can become a habit; so can failure.  In fact, Vince Lombardi once said, “once you learn to quit it becomes a habit.” Let the Law of Momentum

When John Maxwell launched 15 Invaluable Laws of Growth in Atlanta, I was there in person. A privileged few joined him for an intimate lunch session. I couldn’t believe the degree of his consistency when talked about his “daily five.” He said, “Everyday I read, I write, I think, I ask questions, I file.”

On your birthday, John?

“EVERYDAY,” was his reply.

3. HOW GENIUSES ARE MADE

It was my fellow Canadian, Malcom Gladwell, who first brought to my attention in his book Outliers, that 10,000 hours of practice of any skill makes one a genius.  Most people, he said, would’ve done 10,000 of practice within 10 years. During an ongoing Growth Mastermind I was almost envious of the surgeon  among us who says everyday he operates; e-v-e-r-y-d-a-y.  Imagine his success in 10 years’ time when because of this consistency he has such gained ingenuity! What worthy thing are you doing everyday? Until you’ve done it consistently for 10 years, don’t give up on success just yet.

Something you are doing EVERYDAY is determining your future. Conversely, something you are not doing EVERYDAY is determining your future also.  More often than not, motivation is overrated.  Motivation gets you going but discipline keeps you going, keeps you growing. What will you say is your single most consistent practice (everyday) that has brought you where you are in life today? Please share.