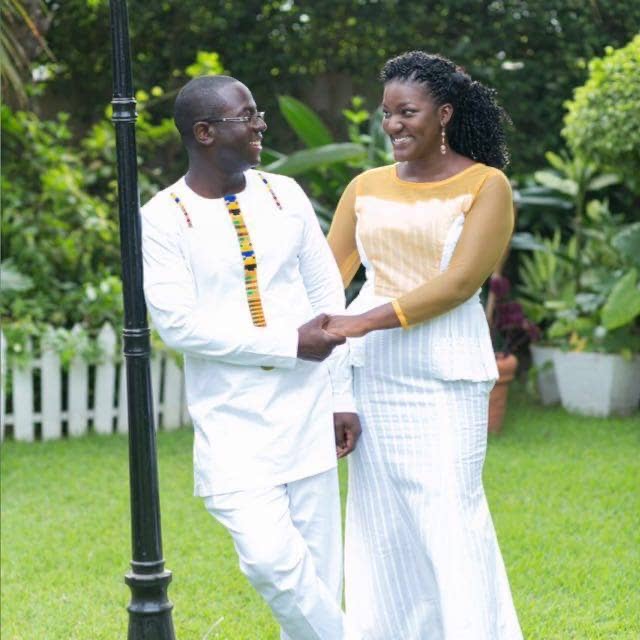 The writer and his wife. Still madly in love even when we get mad at each other 🙂

A special shout out to Naa Anyele Perbi, my wife, economist-entrepreneur and CEO of Perbi Cubs. It’s my wife’s birthday (October 3), my wife of 15 years and counting, and as I celebrate her it seems to me that the rest of the world could benefit from 4 F’s that are critical in building a lasting marital relationship a.k.a. life partnership.  Marriage is tough in and of itself and so starting with the ‘wrong’ partner is literally starting on the wrong foot.  Anyele and I have been asked “how do I know for sure this is the right life partner for me?” so many times that we’ve distilled the answer down to a simple 4 F criteria. Of course, you could have 100 characteristics of the (wo)man of your dreams–why not?–but if you get these four wrong, forget the other 96!

Now, this is not just for young(er) people. Increasingly many people are getting married later in life but not just that, stuff happens. There are those who marriages end sooner than they had hoped and choose to remarry–and want to have a partner that will last this time. Here are our four: faith, future, friendship and feelings.

Faith is number one because it drives everything else. I’ll explain: people do not realize that our entire existence and behaviours our shaped, driven and undergirded by values, which in turn are determined by our beliefs (or as some call them, ‘faith assumptions’) which at the very core come from our worldview! 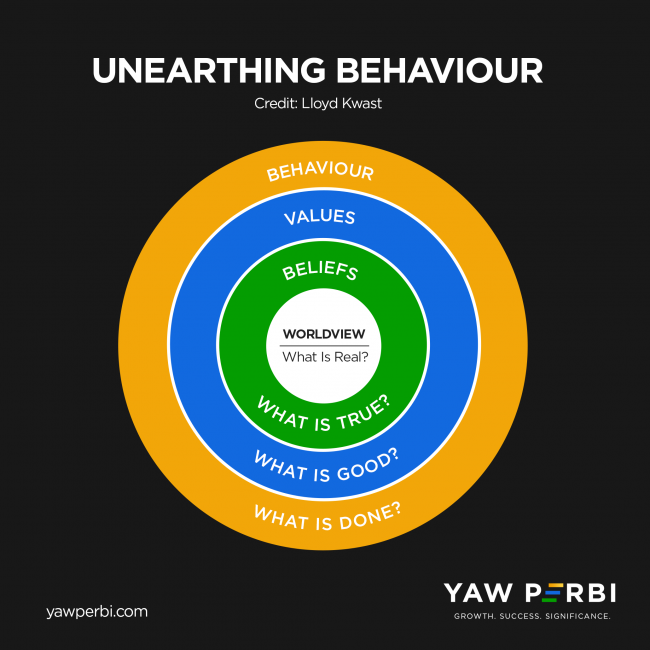 At the core of values is worldview and beliefs, which I’m referring to as faith

There is a lot of talk about values-based this and values-based that but values are only fruits of the tree; the roots are fundamental beliefs in the fertile soils of worldviews. So what kind of faith do you subscribe to, or no faith? I know people try to cross faiths, like Christian and Muslim marriages, but we really believe it is important to share a common faith because then you have a common worldview, common belief system, and common values which should lead to common behaviours to do life together that lasts, with unnecessary tensions and fight.

The apostle Paul, who incidentally never got married, waxes lyrical about this to the Christ followers in the ancient Greecian city of Corinth. He pulls no punches as he gives it to them straight up: “Do not be unequally yoked with unbelievers.” For Christians who are true disciples of Christ, the reasons and reasoning I’ve provided above which must’ve informed this command, in additional to spiritual reasons he gives in the text, may be useful to know but obedience nevertheless is the highest value in the kingdom of God. It’s also known as love for God.

You may be two people of the same faith (so values, beliefs and worldview are in sync) but if you are going in two different directions in life, it’s not going to work. First it’s a tension and soon it’s a tear. And this has nothing to do with someone being a ‘bad person’  or the other having ‘no love’ but just because you have two different life purposes that aren’t complimentary let alone synergestic. By future we are talking about purpose compatibility. Two people may have common faith but if they are traveling in two different directions because they were made for two different destinations and destinies, the marriage partnership won’t work. I like the way a friend put it: “we are good; but we’re just not good together.”

Everyone has a specific God-given purpose that must not only be discovered but developed and fully deployed if we are to feel fulfilled. It doesn’t mean both must be doing the same sort of work or in the same field even (all they better if they are). It just means they have the passion and compassion (and perhaps even talents) to contribute to the purpose. Being fulfilled can be described as getting oxygen, and you know how any human being will instinctively fight for air if they are being choked. A life partnership will never work even if you are two people of the same faith yet moving in opposite directions, or towards different destinations and destinies.

It is critical that you discuss the future and truly understand what you are getting involved in during courtship. During courtship, the lips are for talking primarily, not kissing. You can never suck information from the mind of another no matter how much you French kiss a loved one! Decide to go into details about where you’re headed and how you envisage life in the coming years. It is not for nothing the good book inquires, “Can two people walk together unless they agree?”

Friendship is the cornerstone of a lasting relationship, and a good friendship is intentionally formed over time. One of life’s greatest pleasures is friendship. Friendship is wonderful because it is one of the few relationships in life that fosters equality and mutuality. Almost every relationship in the world has a power differential, someone one higher than the other; not so with friendship.

If the creation account is true, then man and woman were made for each other for companionship (friendship) even before parenting for their life’s work (‘future’ above) or procreation. The other thing is that emotions come and go, but friendship endures and transcends the passage of time. Affect(ions) alone cannot always sustain a marriage. Friendship with all it entails is a truly priceless relationship. Life can become monotonous if we do not have some true friends to share it with.

It’s so cute to find an elderly couple who are truly friendships–the body language, the mannerisms. I’ve met many people, especially young ladies, who somehow seem to believe that they will never be able to marry their friends. Au contraire! Marrying your friend is the best decision one could ever make!

Finally, feelings are the icing on the cake of a life partnership that literally lasts a lifetime. Emotions are extremely important and should never be overlooked. They are powerful. They are called e-motions for a reason. They move us. There is a need to feel and this is a requirement for you and me to be exceptionally attracted to our partners. There must be a special thing that draws you to the individual and creates a natural flow between you two. Call it ‘chemistry,’ if you will, or that the person lights your fire. There is a need for connection and a spark between the individuals. It is key because you’ll be waking up by the side this person almost every morning for the rest of your life–you had better get some kick out of that!

There tends to be two extremes when it comes to the role of feelings in choosing a life partner. There’s the feelings don’t matter camp which gets it wrong (of course they do!) as well as the feelings first (or even feelings only) base as well. We absolutely need the feelings to make any life partnership last, but I won’t make them first or foremost. Take a look at Hollywood: more than half of the hunk-ness, über beauty, sexiness and extreme marriage proposals (on helicopters and such) result in divorces within months. Months!

Feelings are important but there aren’t everything. I remember learning 25 years ago when I was a World Vision Youth Ambassador that generally people in the West marry the one they love (have feelings for) while those in the Eastern hemisphere love the one they marry. Even arranged marriages can work if they get the first three F’s right. The fourth ‘F’ can eventually come along. In fact, many of them outlast the so-called “love marriages’ which largely focus on just the fourth ‘F.’

Many people I know have a long list of life partner criteria. Every one of those lists can be divided into two: essentials and desirables; or non-negotiable and negotiable.  You can add a whole list of both categories to Faith, Future, Friendship, and Feelings but these four are non-negotiables. You can have an expanded list of 100 criteria but you cannot do without these four–not if you’re serious about a life partner for a lifetime. Ascertain that these 4F’s are in place for a future with your partner that has a lifelong glow and not just a shooting star. The quality of the information you have directly impacts the quality of the decisions you make. You are in charge, therefore, make the best decision. See you at the summit!