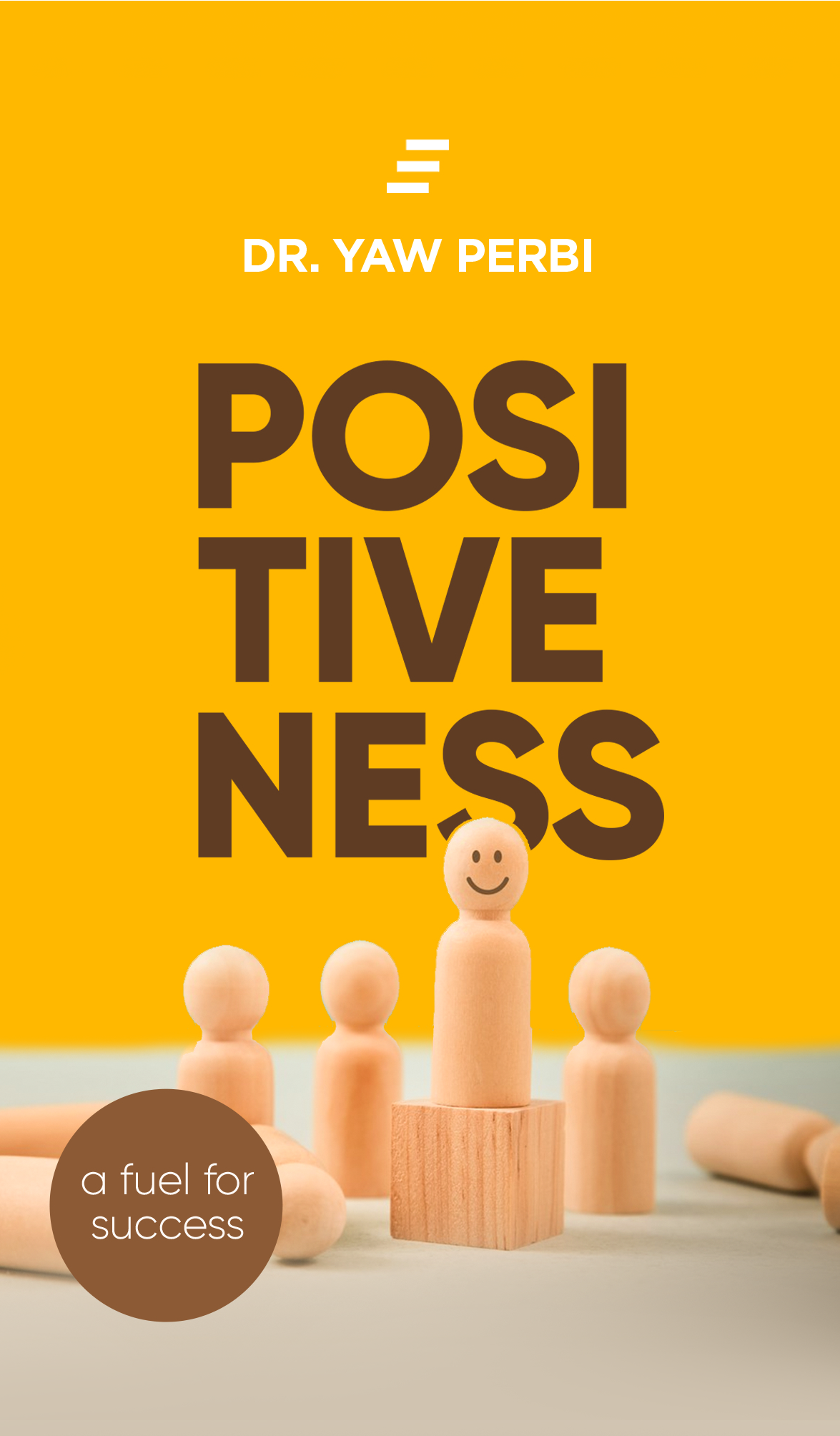 PANDEMIC OR NO PANDEMIC, POSITIVENESS IS STILL A FUEL FOR SUCCESS

The following is a snap peak of the preface to the third edition of Dr. Yaw Perbi’s third book, ‘Positiveness: a fuel for success’, first published in 2003 to commemorate his silver jubilee.

It took a global pandemic to make this third edition of Positiveness: A Fuel for Success, possible. I have been trying to republish this book for nearly a decade now. The revised manuscript was done in 2012, and I had nearly completed the back-and-forth with a publishing company. All was ready to go, or so I thought. Then life happened and I put this on the backburner. Until now. It took the lockdowns of the Coronavirus pandemic of 2020 to get this going again.

I have changed a lot since I turned 25 and first launched this book and so have many things too. We didn’t even have smartphones back then, and the internet was still a novelty. But some things have remained the same. After thousands of copies sold and many countries reached, “through all the changing scenes of life, in trouble and joy,” what hasn’t changed is the fact that positiveness is still fuel for success.

In the past two decades, I have lived and worked for a year or more in three countries on two continents. In doing so, I have needed a whole lot of positiveness, especially in those times when I was geographically separated from my family. I have formally had various occupations and preoccupations ranging from being a medical doctor in Ghana, a military captain with the United Nations in Cote d’Ivoire, a leadership consultant and speaker around the world, pastor of a Chinese congregation in the French city of Montreal, a financial security advisor and investment consultant, to being president of a couple of Canadian and global charities. Positiveness is still fuel for success no matter the field of endeavour.

You see, this book was only my third book and, back in 2003, I wrote and self-published it with a white cover and silver inscriptions to celebrate my twenty-fifth birthday (silver jubilee). At the time, I was a struggling medical student in Ghana attempting to do ‘what Napoleon couldn’t do’. I was trying to straddle the world of medicine and human development. In May 2003, together with a group of friends, while still in med school, I founded The HuD Group to inspire and empower young people to reach their full potential. Now I am a full-fledged medical doctor who has hung up his stethoscope— after four years of clinical practice—to focus on human development, especially holistic leadership development, because I sincerely believe, like my mentor John C. Maxwell, that “everything rises and falls on leadership.”

The HuD Group began in Ghana but, at the time of writing this, I am feverishly coordinating our global operations in two dozen countries on all continents of the world and currently domiciled in Montreal, Canada. If I thought I needed a daily prescription of positiveness back in 2003, then I might need a thrice daily prescription now. The two-year battle with the Canada Revenue Agency alone to get charitable status for The HuD Group warrants a book on its own. I’ll save that for another day, but it took positiveness to fuel my success.

When I was much younger and naïve, I dreamed of working with the United Nations. And unlike many for whom that is still a dream, I achieved it. I did that, for a year, in La Cote d’Ivoire. Even while already enjoying that success, I still needed positiveness as fuel when I got car-wrecked on July 21, 2008 and lost two of the military colleagues I was travelling with. It was positiveness that got me back on the road to recovery. My commanding officer, out of rare soldier-sympathy, wanted me to return home (to Accra, Ghana) and recuperate but cheers to positiveness, I was convinced to stay put and serve with grace. I prevailed. Positiveness prevailed.

So yes, life has changed—a whole lot— and so have I since 2003. Now married to my dear wife, Anyele, and a father to seven amazing children, I certainly have a broader and deeper perspective on life today. But if anything, these changes have only affirmed and confirmed the principles that were penned in this book nearly two decades ago. Positiveness is fuel for growth, success, and significance in any and every endeavour, and at whatever age and stage in life, that hasn’t changed. 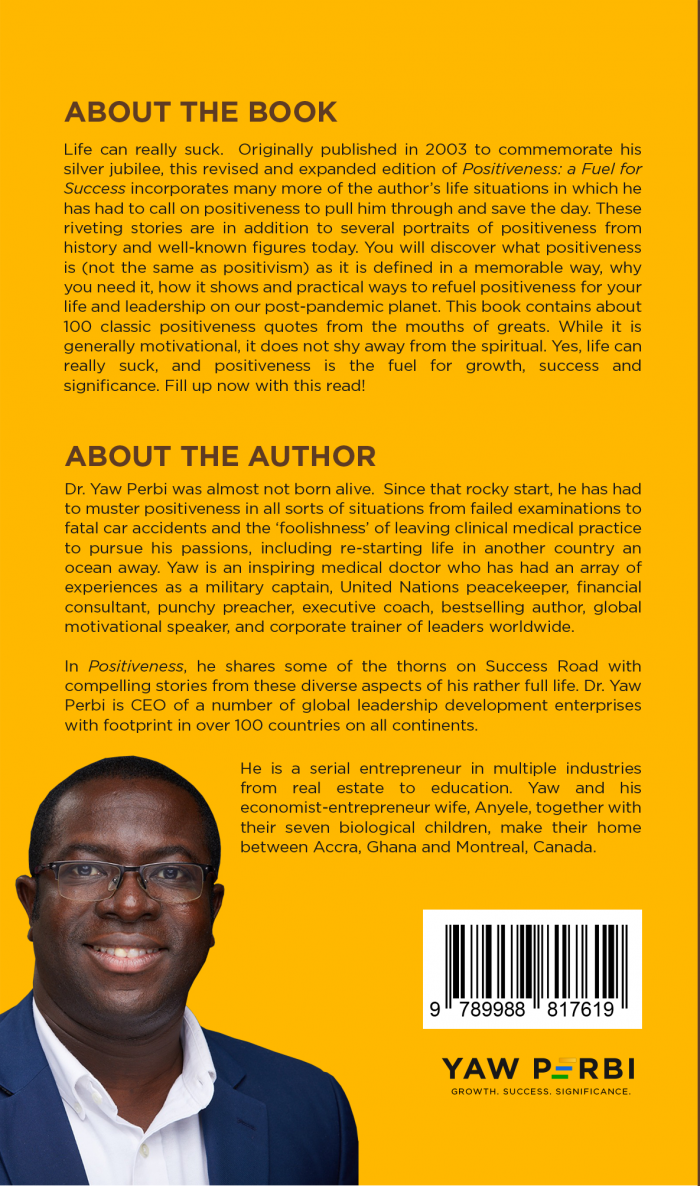